For thousands of years, practitioners of Eastern Medicine, Native Americans and indigenous cultures have used specific mushrooms for their health benefits. These fungi are often referred to as medicinal mushrooms and like all fungi, contain compounds called beta glucans within their cell walls. Beta glucans provide support for the immune system by activating killer T-cell response to invaders in the body. Other facets of this powerful medicine include anti-cancer properties, antioxidant activity, cardiovascular support (anti-hypertensive and cholesterol-lowering), liver protective, anti-inflammatory, anti-diabetic, and anti-viral and anti-microbial properties. 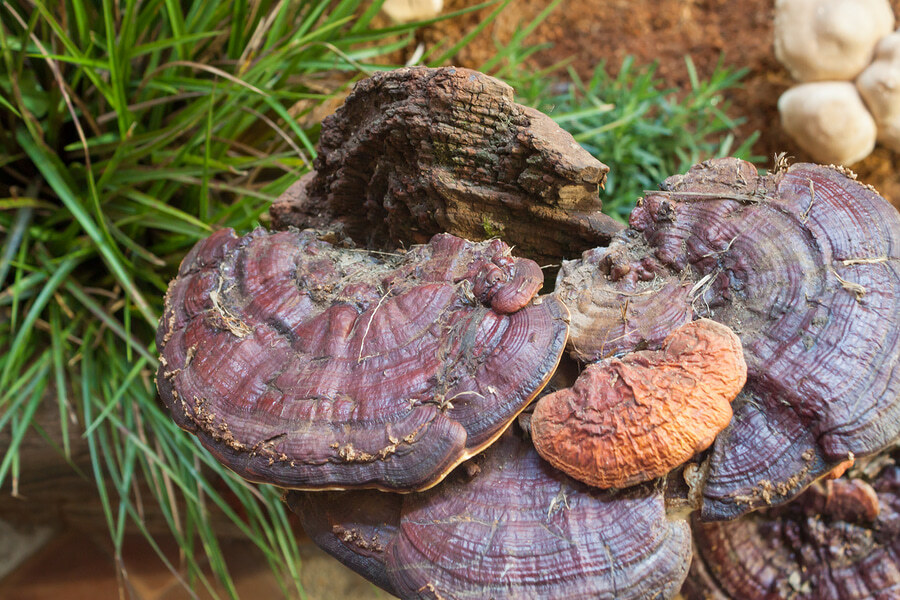 Mushrooms work synergistically, so a variety are usually blended to provide support to the immune system and natural detoxification. These blends are available in a variety of forms, such as powders, capsules and tinctures. Types of mushrooms you may find in a medicinal blend include:

Cordyceps is used in Traditional Chinese Medicine (TCM) for immune support and to replenish energy. Cordyceps extract is considered the highest class of tonic herbs for balancing the body’s internal systems (Yin and Yang energy).

Lion’s Mane tea has been used in Japanese herbalism; research indicates extracts may protect and support the immune system and play a role in stimulating nerve growth.

Maitake is used in Japanese medicine for supporting immune health and is noted for its antiviral effects. It contains a variety of beta glucans, minerals, and amino acids.

Shiitake supports the health of the liver and the immune system. It contains lentinan, an active compound associated with a healthy immune response. Shiitake also contains minerals, vitamins, and many essential amino acids.

Reishi, “the mushroom of immortality” is used in both TCM and Japanese medicine as a daily tonic for boosting immunity and protecting against cancer and inflammation. Reishi is not an a culinary mushroom because of its tough texture, which makes it difficult to chew.

Cold and Flu Season is Here!

Spring (And Pollen) Are In The Air

Why so SAD? 6 Reasons you Suffer From Seasonal Affective Disorder

Can the Tunes on Your iPod Boost Your Immunity?

H2O: Elixir of Health and Vitality

Fertility Factor: Could preconception care be the missing piece?

Perfect is the enemy of the good