Food allergies occur when the body has an adverse or abnormal response to a food. An allergic reaction can be immediate and life threatening, such as with peanuts. Or it can be delayed, taking three to five days to show up, causing hay fever-like symptoms, digestive distress, eczema or other skin irritation, or changes in behavior and mental focus. This delayed reaction is called “food sensitivity” and is usually not life threatening.

A true food allergy can be permanent – whenever you eat or are exposed to that food it will provoke an immune reaction that will exist over your lifetime.

If the root cause of a medical condition can be identified as a food allergy or sensitivity, we can use “food as medicine” to correct the imbalance. To do this, a blood test of Ig activity in response to different allergens is done.

Testing for Food Allergies
There are several Ig types that have different yet synergistic roles in the immune system.

IgE antibodies cause the body to react, at times violently and immediately, to things such as pollen, fungus, insect stings, medications, milk and other foods. IgE levels are often highest in people with allergies, including food allergy. An IgE test covers the major food allergens that produce immediate reactions in the body, such as nut, egg, cow’s milk, shellfish, and soy.

IgG antibodies fight bacterial and viral infection. Found in all body fluids, this antibody is typically associated with food sensitivity.

IgA antibodies protect body surfaces exposed to outside foreign substances. It’s abundant in mucus found throughout the body, including the gut; a deficiency in IgA could be tied to adverse responses to food.

The IgE test can be combined with IgA and IgG tests for a more comprehensive test of nearly 200 allergens including meat, dairy, starches and grains, mold and other environmental substances.

There are many ways your health practitioner can approach testing and help you make dietary modifications based on test results, current health concerns, and lifestyle factors. It’s not just about eliminating a food. It’s about looking at the whole picture of your health and the role food plays as both nourishment and medicine for you and your family members.

You walk into a massage therapy office needing relief and balance. You breathe in a spirit-lifting scent and then a remarkable calm washes over you. Most likely you’ve just experienced one of the amazing benefits of lavender.

This richly scented, deep purple flower is native to the mountainous zones of the Mediterranean, but widely available throughout the U.S., Europe and Australia. Over 2,500 years ago the ancient Egyptians used lavender in rituals, including the mummification process. In ancient Greece and Rome, the flowers and oils were sold at premium prices for use in soaps, perfumes and natural remedies.

Today, lavender essential oil is used in aromatherapy to help balance and soothe mental and emotional stress. While, lavender initially feels “reviving” to the senses, within moments it has a calming and restorative effect. In botanical medicine, lavender is used in treatment for anxiety, insomnia, fatigue, tension headache, and mild depression. For individuals with ADHD or Autism Spectrum Disorders, lavender is safe to use as part of a relaxation routine. It’s one of the few essential oils that may be applied directly to the skin undiluted or in combination with other oils for massage and bathing.

Lavender has a wide range of “floral notes” that can be achieved depending on the intensity of the concentration. It’s available as a tincture, infusion, extract and, as noted, an essential oil alone or in combination with other herbs used for relaxation. Dried lavender and its derivatives are used in bath salts, sachets, eye pillows, and potpourris. Lavender, in herb form, may also be used in herbal beverages and teas.

Listen to your gut. And make sure to protect it. A balanced gastrointestinal system plays a critical role in defending your body against illness. An imbalance in gastrointestinal (GI) flora can create health issues and is typically the result of poor diet, stress, use of antibiotics, illness and food allergies. 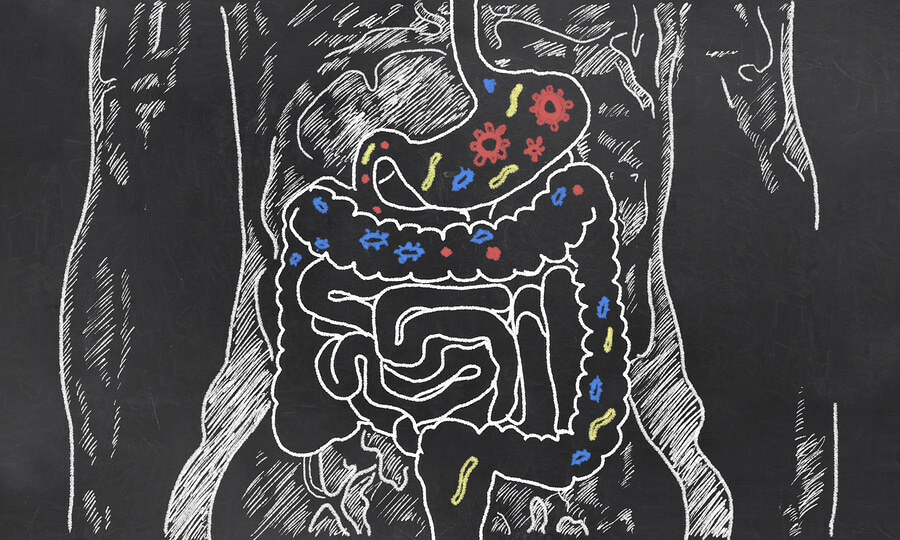 Balance your GI flora by taking a probiotic supplement. Probiotics are live, microbial food ingredients similar to the health-enhancing microorganisms found in the gut. Well-researched health benefits show taking a probiotic will help . . .

Boost immunity by enhancing the production of antibodies
Support the synthesis of vitamins and increase bioavailability of nutrients
Protect the GI tract from disease-causing bacteria
Alleviate symptoms of GI illness (diarrhea and constipation, IBS)
Reduce seasonal and food allergies

Regarding dietary allergens and immunity, scientists believe probiotics achieve their health benefits by stimulating the immune response to increase the secretion of immunoglobulin-A (IgA), which boosts the body’s response to food allergens. Elevated IgA may also decrease pathogens in the gut, which improves the balance of GI flora. Probiotics elevate natural “killer cells” that gobble up disease-generating “invader cells” and may protect nutrients that would otherwise be destroyed by pathogens.

Probiotic supplements come in liquid, powder, chewable and capsule form, ranging from one million to several billion live organisms. Most are sold refrigerated. Keep probiotics properly stored so as not to kill the live, healthy bacteria.

Even though probiotics have well documented health benefits, they are not a panacea. Probiotics are most effective when you are supporting your health with a balanced whole foods diet. Your health practitioner can determine the best probiotic strains and dosage and any other supplements suited for your specific health concerns.

Craving rice pudding? This dairy-free alternative pairs the health benefits of gluten-free quinoa with coconut, cinnamon and vanilla. The result is a dish that even the choosiest of kids (or grown-ups) will enjoy for breakfast or as an after-dinner treat.

Soak the quinoa in lukewarm water for 20 minutes; rinse and drain.
Combine all ingredients into a medium-sized saucepan and bring to the boil.
Once boiled, stir and reduce the heat to a low simmer.
Allow to simmer for 30 minutes, stirring frequently throughout the given time. About 20-25 minutes into simmering, the quinoa will begin to swell and absorb the milk, creating a thick porridge texture.
When the quinoa has thickened and turned transparent, serve with your favorite fruit.

Ancient Inca warriors believed quinoa increased their stamina, so it shouldn’t be surprising that modern-day nutritionists consider it a superfood.
While quinoa is actually a seed, it’s prepared and eaten much like rice and other grains. All three types of quinoa — red, black, and white — are essentially equivalent in their nutritional profile and notable health benefits:

Protein-rich Grain. Quinoa contains all nine essential amino acids, the building blocks of muscle tissue and catalysts important to many physiological processes. As a protein-rich grain (8 g. per serving), quinoa is a terrific option for food combining for people following a vegan, vegetarian or gluten-free diet.

It’s “fibered” up! There’s nearly twice as much fiber in quinoa compared to most other grains. Fiber plays a role in reducing risk factors for heart disease, gastrointestinal disorders, diabetes, and cancer.

Ironman Loves Quinoa. It’s a bit of a fib, but go ahead and tell your kids that Ironman loves quinoa, precisely because it contains iron, which keeps our red blood cells healthy and carries oxygen throughout the body.

Energy Boost. This may be another reason why Ironman loves quinoa: It’s high in vitamin B2 (riboflavin), which improves energy metabolism within the brain and muscles cells. It’s also high in manganese, an antioxidant that helps protect cells from damage.

Quinoa is such an easy to grow, tasty super-food, even NASA scientists have been studying it as a possible crop to be grown in outer space. Be sure to give it a try.
References